Labor-Management Partnership in Practice:
How to Establish and Maintain a Positive Labor Relations Culture

The benefit of positive labor-management partnerships has been discussed, debated, and studied. But what is the real story? Webinar participants will hear practical advice from parties who have lived through significant labor-management conflict and found their way to a collaborative culture of openness, respect, and transparency that benefits both sides.  These labor and management practitioners will discuss how they repaired a fractured relationship, built a solid partnership, and transformed the labor relations culture of labor relations at American Water.

Both members and non-members, please use this link to register for the webinar: https://lerachapter.org/vlera/events/lmp-in-practice/

The Zoom link will be distributed to VLERA members and registered participants after payment.

This webinar has been approved for 1.25 SHRM & HRCI Recertification Credits and CEUs 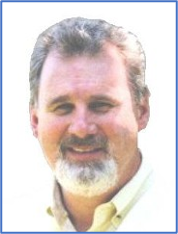 Fred Myers is the VP of Labor Affairs and Engagement for American Water. Prior to his work at American Water, Fred was the founder and CEO of the Union Sportsmen’s Alliance. While heading up the USA, many regarded Fred as the heart of the organization, described by Fred as having the purpose of “providing millions of union members who hunt, fish, shoot, and spend time in the outdoors with their own outdoor organization.” At American Water, Fred is a key liaison between American Water, its external communities, and the national unions representing their employees. 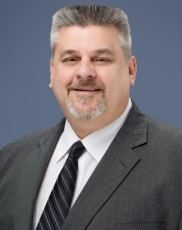 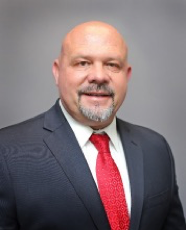 Robert Smith is a National Representative for the National Conference of Firemen and Oilers, District of 32BJ, SEIU.  Robert began his journey in the labor movement as local president of Chapter 131 of the National Conference of Firemen & Oilers, working at the Indianapolis Water Company. Smith joined the union staff fulltime in 2001 as an organizer and was later promoted to organizing director of the union in 2010, where he helped lead a multi-union statewide organizing campaign for Kentucky State employees. In 2016, Smith became Business Manager of Chapter 5, 131, 320, and 321, where he oversees operations for union members employed at over 40 different companies in 6 states. In September 2020, Robert was appointed by the NCFO’s executive board to Secretary-Treasurer, effective October 1, 2020. He currently serves as an executive board member of the Kentucky AFL-CIO, the National Conference of Firemen & Oilers, as well as SEIU Local 32BJ, which is the parent union of NCFO. 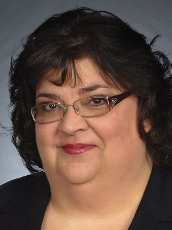 Lu-Ann Glaser has over 3 decades of Labor Relations experience on all three sides of the table.  Currently, she is the Director of Labor Relations for American Water. In this role, LuAnn is responsible for labor strategies across the business, including relationship-building/partnerships with the Company’s 15 labor unions and over 75 contracts. Prior to this role, she served as a union representative with the American Postal Workers Union at the local, state, and national advocate levels. She also served for 14 years as a labor relations neutral for the Federal Mediation and Conciliation Service. At FMCS, Lu-Ann oversaw a multi-divisional department which included both domestic and international services in the areas of industrial and labor relations, alternative dispute resolution, training, conflict systems design, digital media strategies, and program management. 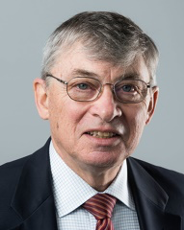 Thomas A. Kochan is the George Maverick Bunker Professor at the MIT Sloan School of Management. He is a faculty member in the MIT Institute for Work and Employment Research as well as a member of the steering committee for MIT Sloan’s Good Companies, Good Jobs Initiative. Kochan focuses on the need to update America’s work and employment policies, institutions, and practices to catch up with a changing workforce and economy. His recent work calls attention to the need for a new social contract at work, one that anticipates and engages current and future technological changes in ways that build a more inclusive economy and broadly shared prosperity. Through empirical research, he demonstrates that fundamental changes in the quality of employee and labor‐management relations are needed to address America’s critical problems in industries ranging from healthcare to airlines to manufacturing. His most recent book is Shaping the Future of Work:  A Handbook for Action and a New Social Contract (Routledge, 2020).  He is a member of the National Academy of Human Resources, the National Academy of Arbitrators, and past president of the International Industrial Relations Association and the Industrial Relations Research Association.  Currently, he is a member of the MIT Task Force on Work of the Future. Kochan holds a BBA in personnel management as well as an MS and a PhD in industrial relations from the University of Wisconsin​.

Sheri Davis-Faulkner & Tamara Lee (Rutgers) were part of a discussion for Black Women's Equal Pay Day. Davis-Faulkner: "Oftentimes...we don't want to talk about exclusion." Lee: "If it's not uncomfortable you're not doing diversity, equity or inclusion." https://ecs.page.link/PYDL9

Register now for LERA@ASSA 2021, January 3-5, 2021:
https://ecs.page.link/BzoNT
This meeting will be virtual. We will share information on what this will look like as it is shared with us. The updated LERA session listing can be found here: https://ecs.page.link/qkHCg
#LERA #LERA@ASSA21

Rosemary Batt (Cornell) is quoted in Pro Publica about investors taking money from hospitals. “We’re talking here about safety-net hospitals that are serving the poor...unemployed...people of color. They’re just doing this immoral sucking out of resources.”https://ecs.page.link/FrBt1

Submit a session/paper proposal to the LERA Program Committee by November 15: https://ecs.page.link/iDu7M
The 73rd Annual Meeting "A Tranformational Moment? Word, Worker Power & the Workplace in an Era of Division & Disruption" will be June 2-6, 2021 in Detroit, MI!
#LERA #LERA73rd