To view the video of this presentation, go to: https://lerachapter.org/vlera/past-presentation-videos/

Adapting Labor Relations to a Pandemic:
How the Parties are Meeting Their Obligations and Building Relationships During COVID

Despite significant advances in meeting and collaboration technology over the past decade, face-to-face meetings have still widely been considered essential for labor/management partners engaged in bargaining, training, and facilitation.  Little (if anything) else would suffice.  The COVID-19 pandemic forced us all to test that thinking—perhaps a long-overdue exercise.  Instead of waiting for COVID-19 exposure risks to pass, parties are adapting, using technologies such as those offered by the Federal Mediation and Conciliation Service (FMCS).  Participants of this webinar will hear about innovative approaches taken and facilitated by FMCS and see how online platforms can replicate (and, under more normal circumstances, could also enhance) in-person labor relations activities such as collective bargaining, joint problem-solving, grievance mediation, and training.

8:05 PM         Perspectives from Across FMCS: David, Moira, Jimmy, and Vanessa will share the perspective of their respective departments in coordinating and implementing the effective FMCS response to the pandemic.

8:20 PM         Traditional Bargaining Online: Vanessa will describe the challenges, success stories, and dynamics of moving a traditional bargaining process to the non-traditional virtual environment necessitated by the pandemic.

FMCS Commissioner David Thaler Currently serves as the Senior Advisor to the Director of FMCS as well as the Agency’s Chief International Affairs Officer.  In his role as Senior Advisor to the Director, Commissioner Thaler advises the Director on a variety of matters involving agency operations as well as medium and long-range planning.  In his role as FMCS’s Chief International Affairs Officer, Commissioner Thaler designs, administers and delivers U.S. technical assistance programs involving the training of foreign governmental mediators in advanced mediation and labor relations skills.  From 2005 until 2018, Commissioner Thaler served as a field mediator in the Metropolitan New York Field Office, mediating disputes in the areas of collective bargaining, grievances based on violations of collective bargaining agreements, and equal employment opportunity.  While in the New York Area, Commissioner Thaler also trained labor and management partners in relationship development and conflict management and designed mediation and conflict management systems for educational and health care institutions, working with several large hospitals to design systems for managing conflict workplace conflict on a departmental level on an ongoing basis. 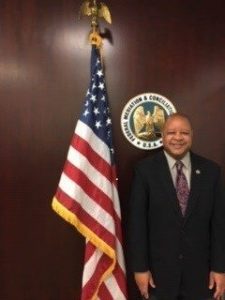 Jimmy O. Valentine was appointed Commissioner with the Federal Mediation and Conciliation Service (FMCS) in May of 2012 and works in the Glendale, CA Regional office. Commissioner Valentine has served as a mediator/facilitator for nationally significant cases, including health care, aerospace, major utilities, manufacturing, transportation and the entertainment industry. He has also served on the National Training Teams for the UAW/Ford negotiations, Kaiser National Labor Management Partnership negotiations, as well as utilized the Affinity Bargaining Process for a private sector aerospace client. Mr. Valentine has also served as trainer/facilitator for new mediators joining the Agency.  Mr. Valentine has also served on an international training team that was sent to South Africa in partnership with the U.S. Department of State and the ILO. The training concentrated on conflict resolution skills, effective communication and mediation skills. Commissioner Valentine has served as a principle workshop presenter at major Labor-Management Conferences, including FMCS-NLMC, Federal Dispute Resolution Conference and National LERA. Prior to joining the FMCS Agency, Mr. Valentine served as in-house counsel and as the lead/ chief negotiator for a health care local in Southern California for more than five years. As the lead/chief negotiator, he has negotiated more than 60 collective bargaining agreements, conducted mediations, settlement conferences and dispute arbitrations, and has conducted a  number of bargaining and grievance related trainings. Mr. Valentine has been fortunate to work in the private and public sector over the course of the past 20+ years. He has practiced law in the area of labor, employment, construction, nonprofit, education and small business creation. Mr. Valentine received his Bachelor of Arts degree from the University of California at Los Angeles (UCLA) and also earned his Juris Doctorate of Law from Whittier School of Law in Los Angeles, California.

Moira Caruso joined the Office of Strategy and Development in 2019 after developing a successful mediation practice across New England out of the agency’s Boston, MA office.  At the Office of Strategy and Development, Moira works with US Federal mediators across the country to help them build new and specialized conflict management processes to ensure the most effective mediation approach on behalf of FMCS clients.  Moira also advises FMCS leadership on mediation policy matters and works on special projects for the agency throughout the country.

As a special projects team member, Moira serves as a mediator and facilitator for large-scale public policy negotiations.  Most recently, Moira served as a mediator in the 2018-2020 negotiated rulemaking for the Department of Transportation’s (DOT) Tribal Transportation Self-Governance Program (TTSGP), assisting a committee of negotiators from the DOT and a group of Tribal leaders representing all 574 Federally-recognized Native American tribes to develop a comprehensive consensus-based agreement.  Moira also served as facilitator for the 2017-2018 U.S. Department of Education’s negotiated rulemaking for higher education.  In 2015, Moira served as a facilitator for complex national passenger rail negotiations that involved Amtrak, multiple federal agencies, and over 20 state railroads to develop a governance structure and achieve cost formula transparency as mandated by the Passenger Rail Investment and Improvement Act.

Prior to joining the Office of Strategy and Development, Moira’s New England practice covered multiple sectors and industries:  Private, non-profit, public, and federal, including healthcare, higher education, public education, and service industries.  She worked seamlessly with both management and labor as she mediated high-stakes collective bargaining conflict, and she designed and delivered programs focused on relationship development so her parties could seek a more cooperative approach to labor relations and  build skills to prevent recurring conflict.

Before joining FMCS in 2014, Moira was a Labor Relations Specialist with the Department of Navy.  She holds a B.A. in Communication from Wake Forest University in Winston-Salem, North Carolina. 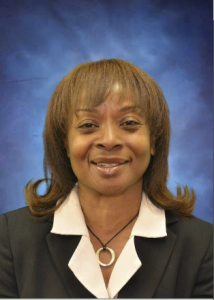 Vanessa Bullock was appointed Commissioner with the Federal Mediation and Conciliation Service (FMCS) in May 1997. She is employed as a mediator in the Philadelphia office located in the Northeast region.

In carrying out her duties as a Commissioner, Ms. Bullock has mediated both labor and employment disputes in the private and public sectors. Her private sector assignments are in industries ranging from healthcare to manufacturing; she also has significant experience in Title VII grievances which she has mediated for various governmental agencies: Internal Revenue Service; Department of Labor; Department of Homeland Security; Immigration Service; National Park Service; and the US Postal 650 and Redress programs.

She has trained and mentored mediators in the Alternative Dispute Resolution (ADR) program. In addition to her primary duties of dispute mediation, she is responsible for curriculum development in a variety of conflict resolution and preventive mediation programs.

Since her appointment as Commissioner, she has been selected by the National Office to serve on a number of projects for the agency. There are a few of notable mention: FMCS International assignment in Swaziland, Africa providing ADR training for the Commission for Mediation Arbitration and Conciliation, a joint initiative sponsored by the US Embassy of SA and Swaziland; FMCS International trainer in Lesotho, Africa providing Problem Solving models for the Labor-Management partners in the garment industry, a Better-Works© program; District of Columbia’s Labor-Management Partnership Council, an initiative sponsored by President Clinton in conjunction with the Washington DC Government;

The Cultural Diversity Curriculum Design Task Force; FMCS Representative for an ADR training program in Ghana, Africa; and collateral duty as Agency EEO Counselor. Prior to her appointment, Ms. Bullock served as a Labor Representative for the National Union of Hospital and Healthcare Employees, District 1199C. While employed with the union, she negotiated and administered the Temple University labor agreement, governing a bargaining unit of approximately 1500 members. Some of her other assigned duties were grievance resolution, and new member organizing. As a national organizer, she was involved in many organizing campaigns, including the Indiana statewide election campaign.

A life long resident of Philadelphia, Ms. Bullock received her education in the Philadelphia public school system. She is a graduate of Temple University, earning a BA degree in the School of Business Management and has completed the MBA program at LaSalle University.

We have finite seats so please reserve your seat by submitting the booking below. This webinar is free for VLERA members, and $5 for non-members, due at the time of registration for this event.

You will receive the Zoom link and information to join the webinar after submitting your booking below. Please do not share, forward, or post the link.

From The 19th, “Domestic violence survivors often suffer economic abuse, too. The 2021 reauthorization of the Violence Against Women Act recognizes economic abuse. Experts & advocates hope this one passes in the Senate.”
https://ecs.page.link/Z3swo
#LERA #LERANews

Aaron Sojourner (Minnesota) is quoted in The Financial Times' “End of Covid-19 unemployment benefits poses test for U.S. recovery.” "Right now, millions of American families are going to lose a lot of income, and that takes away a lot of options for them." https://ecs.page.link/RJfCo

Submit a session (or paper) proposal by November 15, 2021. View call for proposals: https://ecs.page.link/2CHv2
The LERA 74th Annual Meeting “Elevating Voice and New Voices in the Workplace and Beyond” will happen June 2 - 5, 2022, Virtually.
#LERANews #LERA74th #Virtual