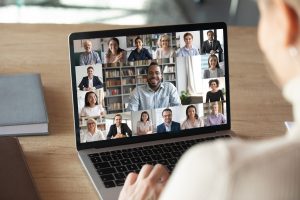 Winners of this year’s election, from the White House to the Statehouse to the Court House, will be facing unprecedented times, including a worldwide pandemic, an uncertain economic recovery, and ongoing tensions over race. The actions taken to address these issues will have far-reaching effects on everything, including the framework of the modern-day workforce. Our bipartisan panel of speakers will share their analysis of the results of the November election and potential implications on labor-employment relations in 2021 and beyond.

Mr. Casey was the former Administrative Assistant to Columbus Mayor Tom Moody and U.S. Congressman Sam Devine. He has served on the Franklin County Board of Elections, Board Member for 14 years, and Board Chairman for 12 years as well as the  former Chairman of State Board of Voting Machine Examiners. Since January 2011, has been Chairman of the State Board of Personnel Review appointed by Governor John Kasich. Mr. Casey has been a regular panelist on WOSU-TV “Columbus on the Record” for the past eleven years.  He is also a regular on other media/news programs, including WCMH-TV’s Spectrum show with Colleen Marshall, WBNS-TV’s Face the State, etc. His community involvement includes Columbus Metropolitan Library, Board of Trustees, 14 years; Board President for two years, including the Columbus library system gaining national ranking as the number one library in the United States.  He was named in 2001 to the Ohio Library Trustee Hall of Fame and former statewide Ohio Library Council Chair.

Mr. Casey is an extensive student of history and travel.  He has visited 23 different countries in Europe and 6 continents.

Dr. Herb Asher is professor emeritus of political science at The Ohio State University. He previously served as counselor to the university president, senior vice president for government affairs, special assistant to the university president for government relations, and founding director of the John Glenn Institute for Public Service and Public Policy. He is frequently called upon as an expert political analyst by local and national media. Dr. Asher earned his degrees at Bucknell University (B.S. Mathematics) and the University of Michigan (M.A. and Ph. D. in political science).

Dr. Asher has authored numerous books and articles. He is currently working on The History of Ohio State University during the Second Administration of President Gordon Gee and will be writing a book on lessons of university presidential and trustee leadership.

A video recording will become available to COLERA members after the event; please check the members’ only video archive following the event.

This webinar is free of charge, compliments of COLERA. However, please book your seat below to reserve your spot and receive the information to join the webinar.

This online event will take place via Zoom meeting. Please book your seat below and you will receive the Zoom join information via email to save to your calendar. PLEASE KEEP THE ZOOM DETAILS AND JOIN LINK SECURE AND DO NOT FORWARD, DISTRIBUTE, OR SHARE IN A PUBLIC SPACE TO DISCOURAGE UNKNOWN INDIVIDUALS FROM BEING DISRUPTIVE.

Here's a story from Reuters about the reception of UAW strikers.
https://t.co/d35vDOvcY8 #LERA #LERANews #Strike

Join NJ LERA in Edison, NJ on October 7 as they discuss current challenges and opportunities the parties face negotiating health benefits after the sun-setting of Chapter 78 in New Jersey: https://t.co/o3S8nLo8ux? #LERA #LERANews #Chapters