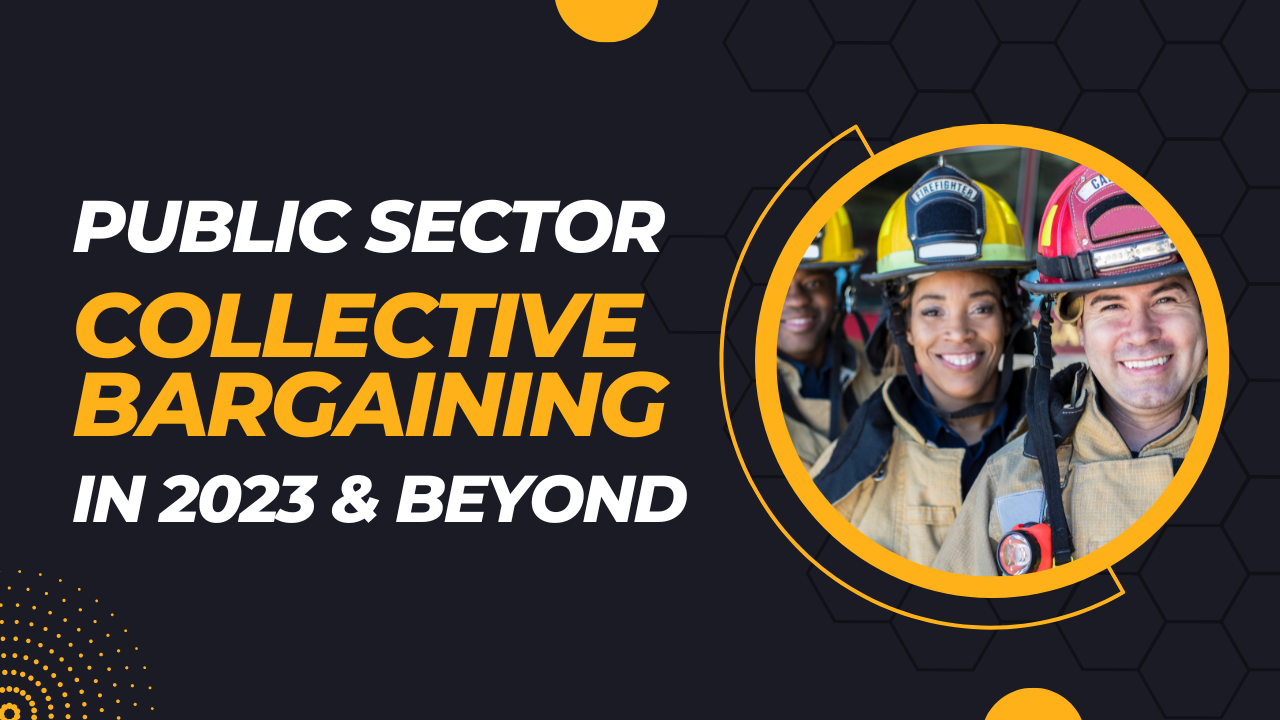 Public Sector Contract Negotiations in 2023 and Beyond

Samuel L. Spear, Spear Wildeman P.C. and John P. Gasdaska, Acting Deputy Secretary for Human Resources & Management, Commonwealth of Pennsylvania will discuss their perspectives on the state of bargaining in the public sector in a post-Janus world, and their beliefs as to how it will look in 2023 and beyond.  Combined, the presenters offer in excess of 75 years of labor relations and bargaining experience and intend to cover topics such as how Janus impacts union negotiator bargaining postures and how the Federal monies from the American Rescue Plan, and the projected revenue shortfall in the near future, will impact talks from both a labor and management viewpoint.

In his current role as the Acting Deputy Secretary of Human Resources & Management with the Commonwealth’s Office of Administration, Jay Gasdaska is responsible for the administration of the Commonwealth’s Human Resources program for a 72,000+ member workforce inclusive of contract negotiations with the 20 unions representing the Commonwealth’s workforce.  Since commencing his commonwealth career in 1989 implementing quality circle teams at PennDOT, Jay has acquired almost thirty-five years of Commonwealth labor relations experience both at the agency and enterprise-wide levels, including serving as the Human Resources Director for the Governor’s Executive Offices in addition to assuming an enterprise role during two stints with the Bureau of Labor Relations (from 1997-2004 and 2008-2017) and as the Director of the Office of Employee Relations and Workforce Support in the Office of Administration from 2017-2022.

Sam Spear has represented employees, unions and employee benefit funds in the private, public and federal sectors throughout the United States at the law firm of Spear Wilderman, P.C. since 1979.  He has also written and lectured about various labor law topics to many union and professional groups.  Sam’s clients include municipal and state employee unions, building trades unions and unions representing office clerical workers, physicians and many other industrial, technical and professional workers. He has broad experience in all areas of labor law, including collective bargaining negotiations, arbitrations, injunctions, and internal union affairs, and has undertaken extensive trial and appellate work before various administrative agencies and state and federal courts.  Sam also is involved in employee benefit fund work and overseeing union legal service plans.  While he devotes much of his time to union-side labor law, Sam also represents and advises clients in estate, general business and civil matters, and engages in complex civil litigation.

This is event is free, compliments of Central PA LERA, but we do ask that you reserve your seat by submitting the booking below.

From the WSJ: “Apple iPhone Factory in China Offers $1,400 Payments to Quell Worker Unrest,” "The violent clashes at the Zhengzhou plant marked new territory in Apple’s history of manufacturing most of its products in China."
#LERA #LERANews #Apple

Apple said it was working to resolve worker complaints at the world’s biggest iPhone factory in China, run b...

From Sportico: The Business of sports. “Is NIL money a distraction to college football teams?” “Still, there may be some truth to the less-is-more NIL theory for college football in 2022,” writes Michael LeRoy (Illinois). https://ecs.page.link/WXoUw
#LERA #LERANews